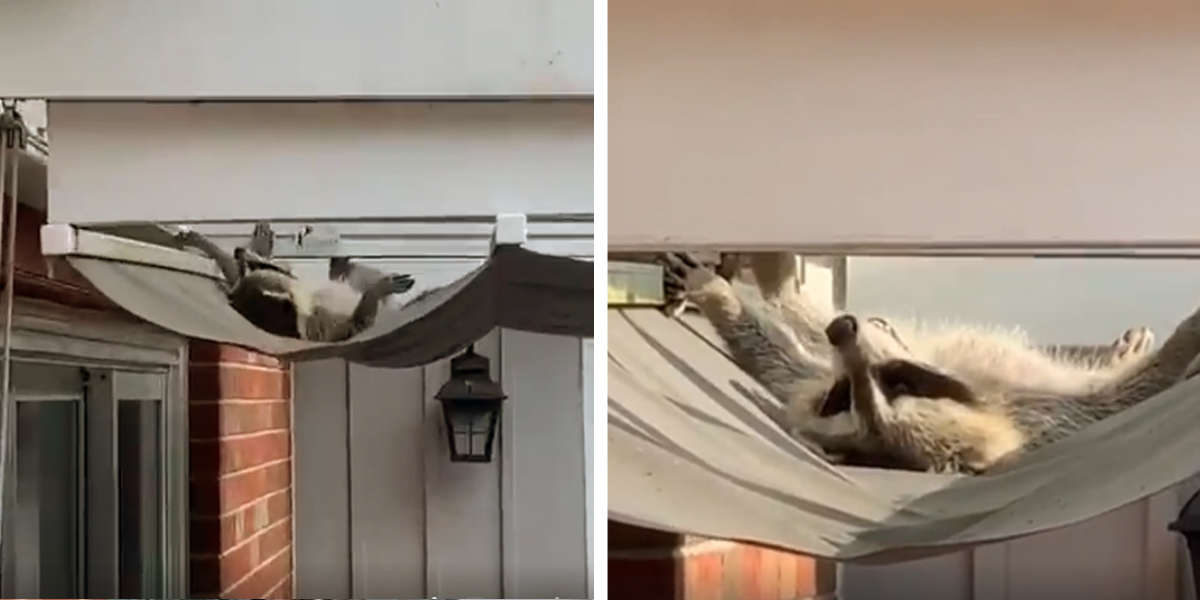 “We were surprised because he was obviously so comfortable.”

It was just another day for Heather Jenkins and her family, going about their normal lives at home in Canada.

But at the same time, just outside on their patio awning, a furry visitor was hitting new heights of comfort.

Evidently, without the Jenkinses noticing his arrival, a rather plump local raccoon thought their retractable awning might be the perfect place to rest his paws.

And, judging from his look of pure bliss, he wasn’t wrong.

Even after being spotted, the raccoon just kept on chilling.

“We were surprised because he was obviously so comfortable and relaxed,” Jenkins told The Dodo. “It’s super sunny there in the afternoon, so he had the place to himself.”

Here’s video of the raccoon clearly having hit peak relaxation:

As evening set in, the well-rested raccoon left the awning to explore the neighborhood. But he didn’t stay gone for long.

“He came back the next day and did the same thing,” Jenkins said.

Unfortunately, like all good things, his access to that cozy napping spot eventually came to an end.

“We feared for the security of our awning. He likely weighed about 15 pounds,” Jenkins said. “So, we decided to retract the awning, so the awning wouldn’t break. We haven’t seen him since.”

Having achieved peak relaxation, perhaps a downgrade was inevitable — but it’s reassuring to know that he enjoyed it while it lasted.